Muhl, Eagles do the right thing

Pts in the Paint 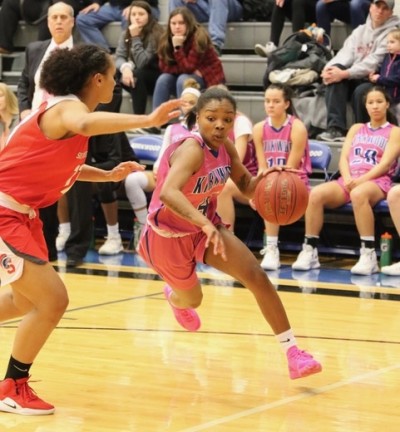 When it comes to picking between good sportsmanship or embarrassing a weaker opponent, Kirkwood Coach Kim Muhl will do the  right thing every time.

The Kirkwood women's basketball team is locked in a fierce battle with NIACC for the No. 1 seed in the regional tournament that  begins next week and the tiebreaker could be each team's point differential against all the other teams in the league.

Every point could matter, but Muhl will not deliberately run up the score when a game is completely out of hand.

The Eagles were sitting on a 91-43 lead and had the ball with 20 seconds left Wednesday against Southwestern, but Muhl told his  team to hold the ball and let time expire.

The difference between a 48-point victory or a 50-point victory does not sound like much, but it might be important when the final  calculations are made Saturday once the regular season is over.

Meanwhile, NIACC rolled up a 131-56 victory over Ellsworth Wednesday night for a 75-point margin against an opponent that has  not won a ballgame all season.

NIACC and Kirkwood could tie for first place in the ICCAC standings with 15-1 records. The first tiebreaker is head-to-head results,  but they split their two games. The second tiebreaker is point differential in their two games, but they exchanged six-point victories  on their home floors. The third tiebreaker is their record against everyone else in the league, but they both would be 14-0 if they tie for the title at 15-1.

The next tiebreaker is overall point differential against conference opponents. NIACC has outscored league teams by 417 points and Kirkwood has outscored them by 371, so NIACC has a 46-point lead over the Eagles at this point.

That's why every point counts. Muhl knows that, but will not push things to the extreme.

"No. Can't do it," said Muhl, who has won seven national titles at Kirkwood.

Muhl played his second-teamers until the final minutes Wednesday, even though the first-teamers might have pushed the margin against Southwestern to 60 or 65 points and closed the gap on NIACC.

NIACC still has two regular-season games, against DMACC and Southeastern, while Kirkwood has only one more game at hapless Ellsworth on Saturday.

If NIACC loses, everyone can put their calculators away and not worry about point differential because would be the outright league champions with a better record.

Muhl said using point differential as a tiebreaker has to be eliminated. "I'll bring it up at the fall meeting," he said. "We'll change it."