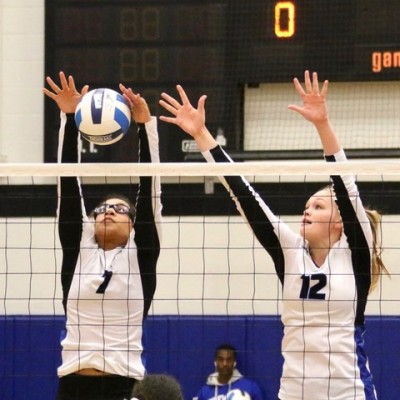 The Kirkwood women's volleyball team had a simple goal on Sophomore Night at Johnson Hall Wednesday.  Collect an impressive victory, give everyone a chance to play and get ready for the postseason tournament next week.

The 13th-ranked Eagles rolled by Ellsworth, 25-10, 25-13, 25-12, on a night when their graduating sophomores got to take center stage with their parents and family.

"We had some fun with it and I thought we played pretty good volleyball," said Coach Jill Williams.

The Eagles raised their records to 29-7 overall and 5-3 in the ICCAC Conference with one match left in the regular season.  Kirkwood will begin the regional tournament on the road on Saturday, Oct. 27 with hopes of reaching the national tournament, even though the path could be filled with several ranked teams.

"I think you can see by our overall record, we've been competing with whoever," said Williams. "I'm good with whoever we're playing."

The seedings and pairings for the regional tournament will be determined next week after the Eagles visit 20th-ranked Northeast (Neb.) next Tuesday.

Ellsworth fell to 2-29 overall and 0-8 in the conference.