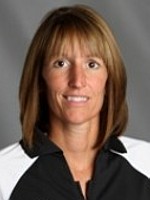 The Eagles lost a squeaker to Johnson County, 3-2, to end their season with a 34-10 record.

The fourth-place showing is the best for Kirkwood since winning the national title in 2003.

Kirkwood finished fifth in their conference this season, then finished fourth in the national tournament.

Kirkwood made a spirited rally after losing the first two sets. The Eagles claimed the third and fourth sets, but Johnson County claimed the fifth set for the third-place trophy.

Kirkwood Coach Jill Williams led the Eagles to the national tournament for the fifth time since 2010.